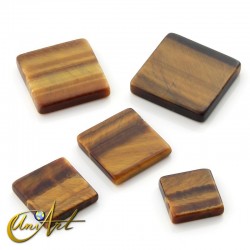 Round beads of hawk eye 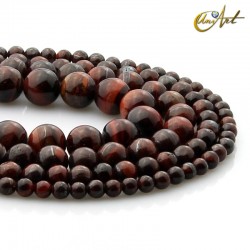 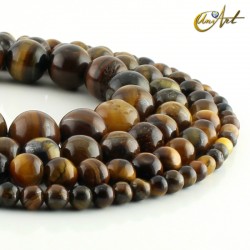 Round Beads of Tiger Eye

We offer you strands and beads of tiger eye for mounting bijouterie items.

The tiger eye stone is a gemstone widely used in esotericism because, since ancient times, it is believed to possess magical and protective properties. It is used by many cultures as an amulet against the evil eye, witchcraft and negative energies, and in gemotherapy is used to stimulate the solar plexus chakra, being considered the stone of liberty, as it promotes the mental and emotional release.

The mineral tiger eye has a color ranging from golden yellow to black, and has iridescence similar to the eyes of cats, hence the name it is given, for resembling the eyes of this animal.