What our customers are saying: 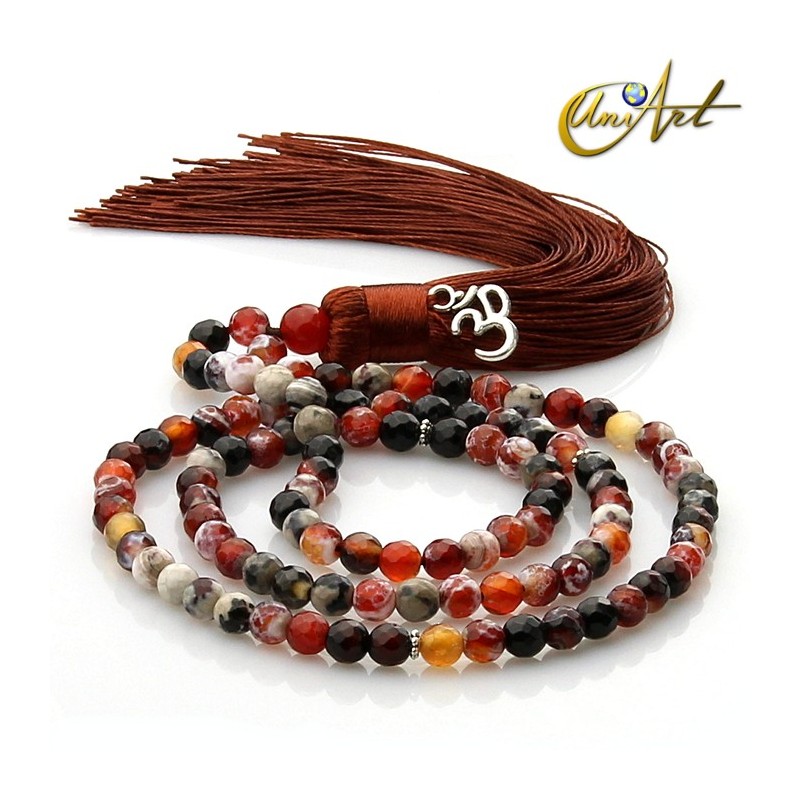 The Japa Mala is a rosary that could also take in the neck, originating in Eastern cultures such as Hindu, Buddhist and Tibetan. It is used in the intonation of mantras and meditation support.

This Japa Mala is made with faceted beads of agates and can be purchased in ember agate, miracle agate or grizzly agate.

It has a delicate charm in the shape of OM.


Learn more by clicking on the links:

Prices are shown in retail (including 21% VAT).